Ports are running out of space to store containers. That is leading to a land rush in an obscure corner of the real-estate market.

This land rush is the latest example of how a rise in shipping, prompted by strong consumer demand for goods during the Covid-19 pandemic, is shaking up the real-estate sector.

E-commerce has already turned warehouses and fulfillment centers into one of the hottest property types. Now vacant lots that can be used to stack loaded containers waiting for rail or truck hookups are experiencing a surge in demand.

The Georgia Ports Authority, which runs Savannah’s port, said it has leased six lots in Georgia, Alabama and North Carolina and turned them into pop-up container-storage facilities. Savannah is one of the country’s largest and fastest-growing ports, but doesn’t have enough space to store the increasing number of containers arriving at its terminals.

In the past, loaded containers used to stay at the port for four to five days before moving on, said the port’s regional manager, Thomas Wyville, at a conference hosted by the commercial real estate trade group NAIOP Inc. last week.

Now the containers often sit for eight to 10 days, taking up space and making it harder for the next ships to unload their cargo. “You have to get the containers off the terminal,” he said. The pop-up facilities are meant to help with that.

Rents are surging fastest near ports in dense urban areas that have less vacant land, such as Long Beach, Calif. The vacancy rate for industrial real estate in Los Angeles was just 0.5% in the first quarter, according to CBRE Group Inc.

“In Los Angeles, unless you dig up some more ocean, you don’t have any more terminals, and it’s the same thing in New York and New Jersey,” said Curtis Spencer, chief executive of customs and logistics consulting firm IMS Worldwide Inc., which is involved in a container-transfer development in Southern California’s Inland Empire. 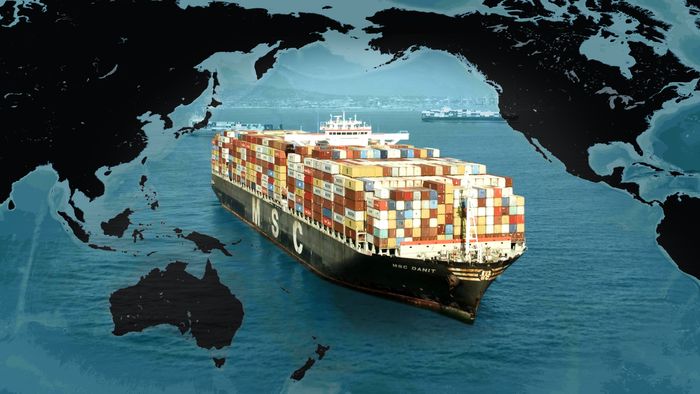 Logistics companies, squeezed by surging demand and labor shortages, are struggling to get containers away from a port quickly, compounding the problem. Storing empty containers is another problem for ports across the U.S.

There are few sites near ports that are large enough and have easy access to roads or rail.

Zoning is also a concern: Local rules often restrict heavy industrial use and make it illegal to stack containers on top of each other. That is driving up rents for those few sites that tick all the boxes.

“We’ve seen a tremendous amount of demand for these locations,” said Matthew Pfeiffer, co-managing partner of real-estate investment firm Alterra Property Group, which owns a number of outdoor-storage properties near ports and is looking to buy more.

Demand has surged so much that in some cases rents for vacant land are as high as for buildings.

Alterra is considering tearing down a building near the Savannah port used by a building-materials company after getting inquiries from companies in need of land to stack containers, Mr. Pfeiffer said.

Some companies are becoming increasingly creative as they look for space. Container-storage company Chunker said it has signed deals to use vacant Sears department stores and their parking lots near California ports to unload containers, according to Chief Executive Brad Wright.

Mr. Spencer of IMS Worldwide said he expects pop-up storage facilities to become a permanent phenomenon, because the fundamental problem of a rise in shipping and lack of land isn’t going away. “That’s just taking the edge off the terminal now,” he said. “What if I grow 5% next year? I have to find room for that.”